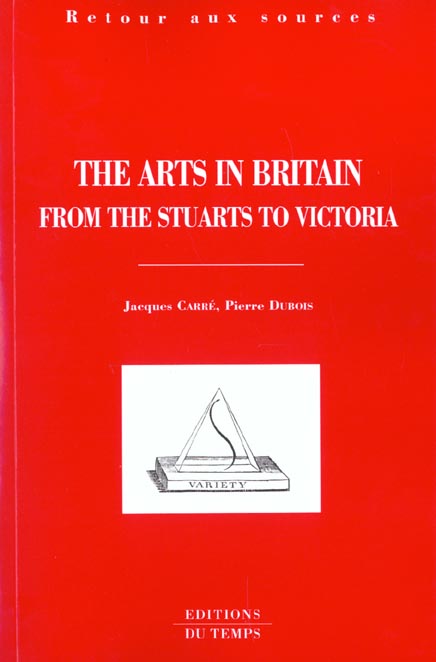 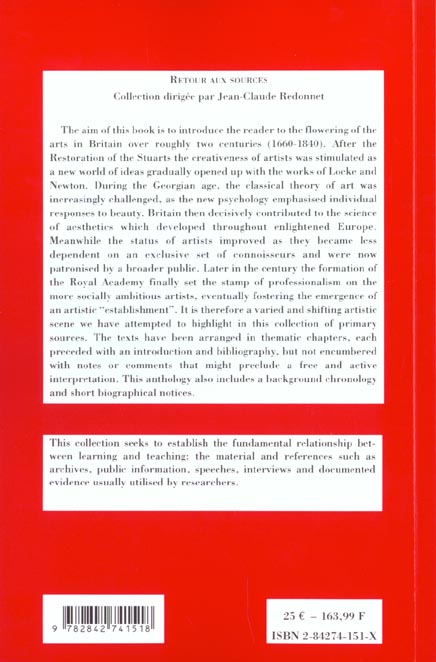 the arts in britain from the stuarts to Victoria

The aim of this book is to introduce the reader to the flowering of the arts in Britain over roughly two centuries (1660-1840). After the Restoration of the Stuarts the creativeness of artists was stimulated as a new world of ideas gradually opened up with the works of Locke and Newton. During the Georgian age, the classical theory of art was increasingly challenged, as the new psychology emphasised individual responses to beauty. Britain then decisively contributed to the science of aesthetics which developed throughout enlightened Europe. Meanwhile the status of artists improved as they became less dependent on an exclusive set of connoisseurs and were now patronised by a broader public. Later in the century the formation of the Royal Academy finally set the stamp of professionalism on the more socially ambitious artists, eventually fostering the emergence of an artistic "establishment". It is therefore a varied and shifting artistic scene we have attempted to highlight in this collection of primary sources. The texts have been arranged in thematic chapters, each preceded with an introduction and bibliography, but not encumbered with notes or comments that might preclude a free and active interpretation. This anthology also includes a background chronology and short biographical notices.

This collection seeks to establish the fundamental relationship between learning and teaching: the material and references such as archives, public information, speeches, interviews and documented evidence usually utilised by researchers.