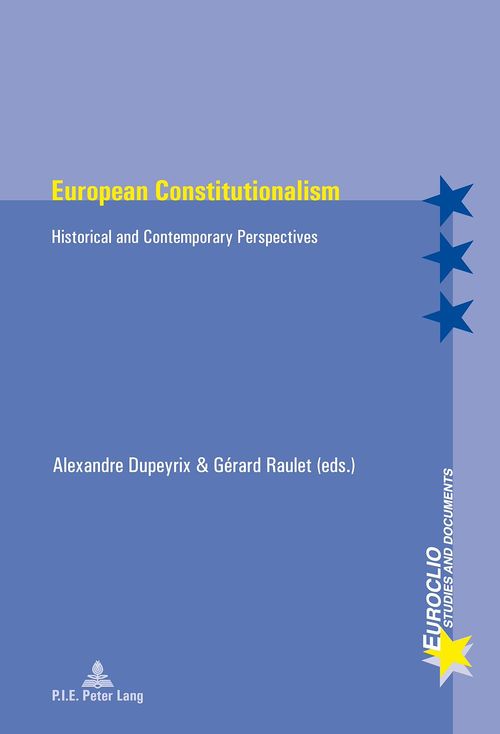 The deep economic crisis that Europe has been facing for several years can be seen as both a cause and a consequence of the political indecision with which the European Community or European Union has been living for so long now. The end-goal of this unique political project has never been clarified. While its objective - to guarantee peace, security, justice and wealth - was certainly explicit from the start and has been repeated in the various treaties underlying the Community or Union, the institutional and political means necessary to attain these goals have so far remained undetermined. In these times of turmoil, this lack of clarity turns out to be a latent defect within the EU. The issue of European constitutionalism paradigmatically illustrates the conceptual, political and legal difficulties that confront us when we try to define the EU and imagine its possible developments and transformations. It emphasizes one of the paradoxes of the European project: it is unable to develop without constitutionalizing the European legal framework but also unable to find the appropriate manner in which to do so, or gain the support of the European peoples. These difficulties are caused by a variety of historical, conceptual and legal factors, which the present volume attempts to identify and discuss.