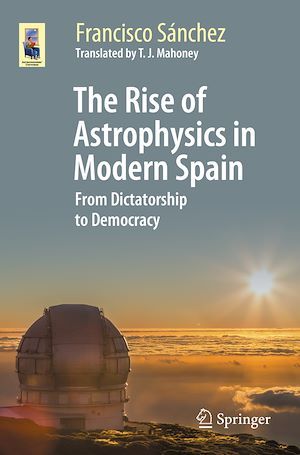 The Rise of Astrophysics in Modern Spain

With foreword by astrophysicist and Queen guitarist Brian MayThis book describes the unlikely development of astrophysics in Spain, set against the final decade of Franco's rule and the country's transition to democracy.

The author, Founding Director of Spain's Instituto de Astrofísica de Canarias, gives a firsthand account of his own and others' odyssey in establishing the field in Franco's Spain, showing how in a mere half-century, Spain was able to transform from a scientific backwater to a world player in astronomy and astrophysics. The book is a behind-the-scenes, warts-and-all depiction of how Big Science gets done, showing the motivations-sometimes as entertaining as they are infuriating-that drive scientific institutions and the scientists who work for them.

Many astronomers, both professional and amateur, and historians know of the great scientific work being done in Spain, but there is very little published information available about the complex story underlying it. This English edition now makes that story accessible for the lay reader. With its casual, yet captivating narrative, the book is a rare and inspiring contribution to the history of astrophysics, science policy, education and outreach.