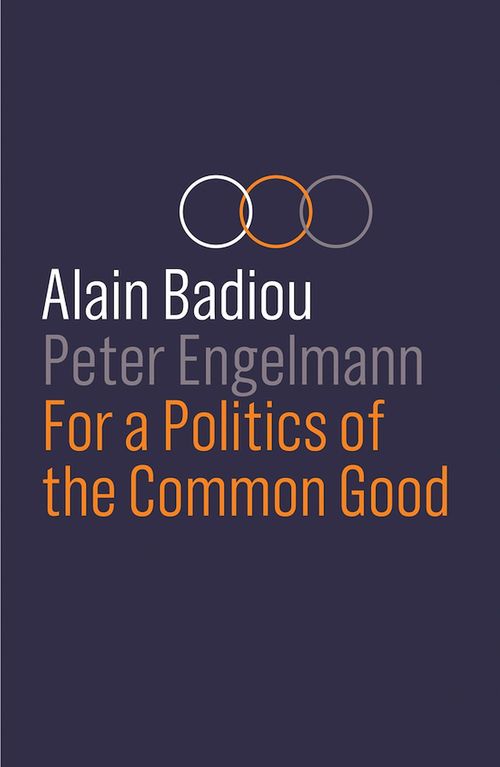 For a Politics of the Common Good

This volume of conversations between Alain Badiou and Peter Engelmann focuses on the concrete political situation in the world of today. Here the validity and applicability of Badiou's ideas are tested in relation to the great social and political problems of our time, including terrorism, migration, the surge in support for nationalist and populist parties and the growing gap between rich and poor. Badiou argues that in the age of today's globalized capitalism, with its division of labour on a global scale and the worldwide interconnection of information through the Internet, there are no longer any national solutions. Because nations and states lose meaning in favour of transnational corporations in globalized capitalism, resistance to capitalism must by definition be global too. Only a politics that defines itself as a politics for all and does not act in the interests of one particular group - whether a nation, religion or community of shared values - can lead the world out of the current crisis of globalized capitalism.