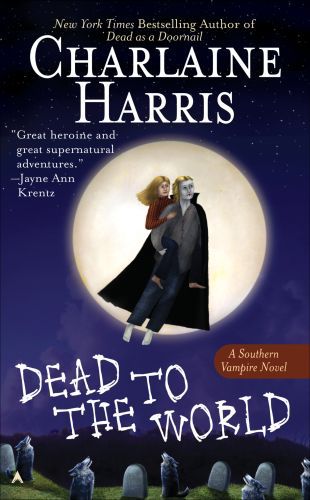 Dead to the World

"With the sure touch of a master" (Crescent Blues), Charlaine Harris delivers "the sort of vampire thrills that make Laurell Hamilton's Anita Blake novels so popular" (Locus). In Sookie Stackhouse--a Southern cocktail waitress with a supernatural gift--Harris has a created a heroine like few others, and a series that puts the bite back in vampire fiction. Now the hit series launches into hardcover for Sookie's biggest twist-filled adventure yet.
When cocktail waitress Sookie Stackhouse sees a naked man on the side of the road, she doesn't just drive on by. Turns out the poor thing hasn't a clue who he is, but Sookie does. It's Eric the vampire--but now he's a kinder, gentler Eric. And a scared Eric, because whoever took his memory now wants his life.
Watch a QuickTime trailer for the HBO original series True Blood.