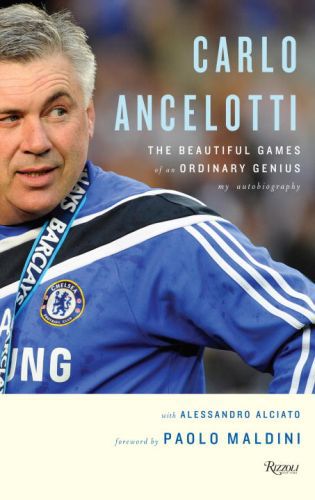 The entertaining, revealing, and controversial bestselling autobiography of one of the most respected figures in the world of soccer. Carlo Ancelotti is one of only six people to have won the Champions League--European soccers most coveted trophy--as both player and coach. After a successful career playing for several of the most important teams in Italy--and for the Italian national team--Ancelotti went on to become one of the most acclaimed and outspoken coaches in European football, managing Italian giants Parma, Juventus, and Milan before moving to Chelsea, one of the Premier Leagues most successful clubs, in 2009. The book moves from anecdotes of his life growing up in Reggio Emilia to stories of his time playing among the best footballers in the world. With a characteristic mixture of sharp insight and humor, Ancelotti explores the differences between the Italian and the English games, shares his thoughts on soccers future with the MLS in America, and reflects on the 2010 World Cup in South Africa. With a preface by the legendary former captain of the Italian national team, Paolo Maldini, this book is at once a tacticians bible from one of the worlds most celebrated footballing minds, the fascinating story of an ordinary man reaching great heights, and in part a revealing tell-all from an outspoken insider in the cut-throat world of European soccer. The perfect book for anyone with a passion for the beautiful game.