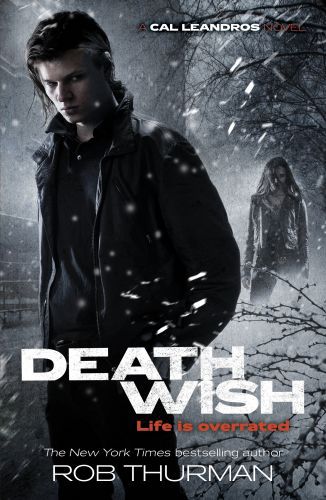 The fourth book in the Cal Leandros series that began with Nightlife, Deathwish is clever, ironic and hugely entertaining urban fantasy in the vein of Jim Butcher by the New York Times bestselling author, Rob Thurman.'How I felt the mental stirrings of a bloodthirsty heritage when I passed through the gray light wasn't my favourite topic . . . the Auphe nature wasn't mine. I wouldn't let it be. And if I said that to myself over and over and sprinkled around enough frigging fairy dust, maybe it would be true.'Half-human Cal Leandros and his brother, Niko, are barely getting by with their preternatural detective agency when the vampire Seamus hires them. He's being followed, and he wants to know by whom. But the Leandros brothers have to do more than they had planned when Seamus turns up dead (or un-undead).Worse still is the return of Cal's nightmarish family, the Auphe. The last time Cal and Niko faced them, the Auphe were almost wiped out. Now they want revenge. Cal know that before the Auphe get to him, they will try to destroy everything and everyone he holds dear. Because for the Auphe, Cal's pain is a pleasure.And they're feeling good.A dark contemporary fantasy with a humorous edge, Rob Thurman's Deathwish should not be missed.Praise for Rob Thurman:'Supernatural elements put this in the company of Jim Butcher and Charlaine Harris' SFRevu'A roaring rollercoaster of a read . . . it'll take your breath away' Simon R. GreenRob Thurman lives in Indiana, land of rolling hills and cows. Lots and lots of cows. Nightlife, Moonshine and Madhouse, the previous novels in the Cal Leandros series, are also published by Penguin. Visit Rob at www.robthurman.net.