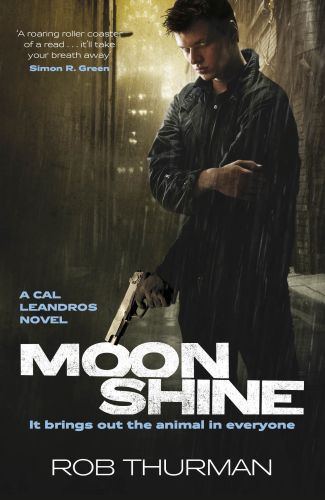 Cal and his half-brother Niko's lives are settling back to normal after stopping their bloodthirsty relatives from bringing about the apocalypse. They've found a new apartment and even gainful employment by starting an investigative agency in partnership with a glamorous Upper East Side vampire. Of course, their clientele tends to be a little . . . unusual, but their money spends just the same.Their latest job is undercover work for the Kin - New York's werewolf mafia - to sniff out proof of a set-up by a rival. The location is Moonshine, a gambling club for the otherworldly and Cal figures it will be an easy in-and-out sort of job. But as Niko likes to point out, nothing is more dangerous than overconfidence and when a brawl gets out of hand, it looks like he's right. Are Cal and Niko being set up themselves? And by people whose bite is much worse than their bark . . .